This piece of art is accompanied by a plaque saying “Edmund Darch Lewis b1835 d 1910. The Valley of the Saco 1866. Oil on canvas. Donated by Robert M Burnett" (see Burnett info below). Lewis was known for his landscape painting of the Northeast. For more information about Lewis check out databases like Gale Biography. 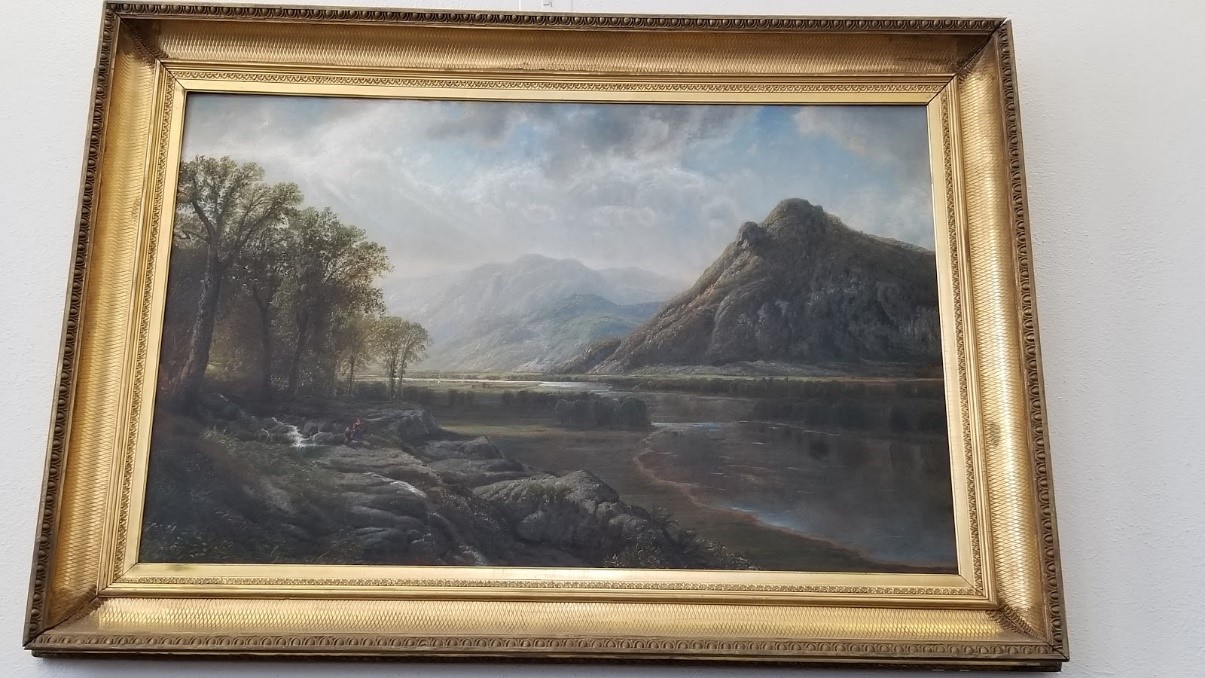 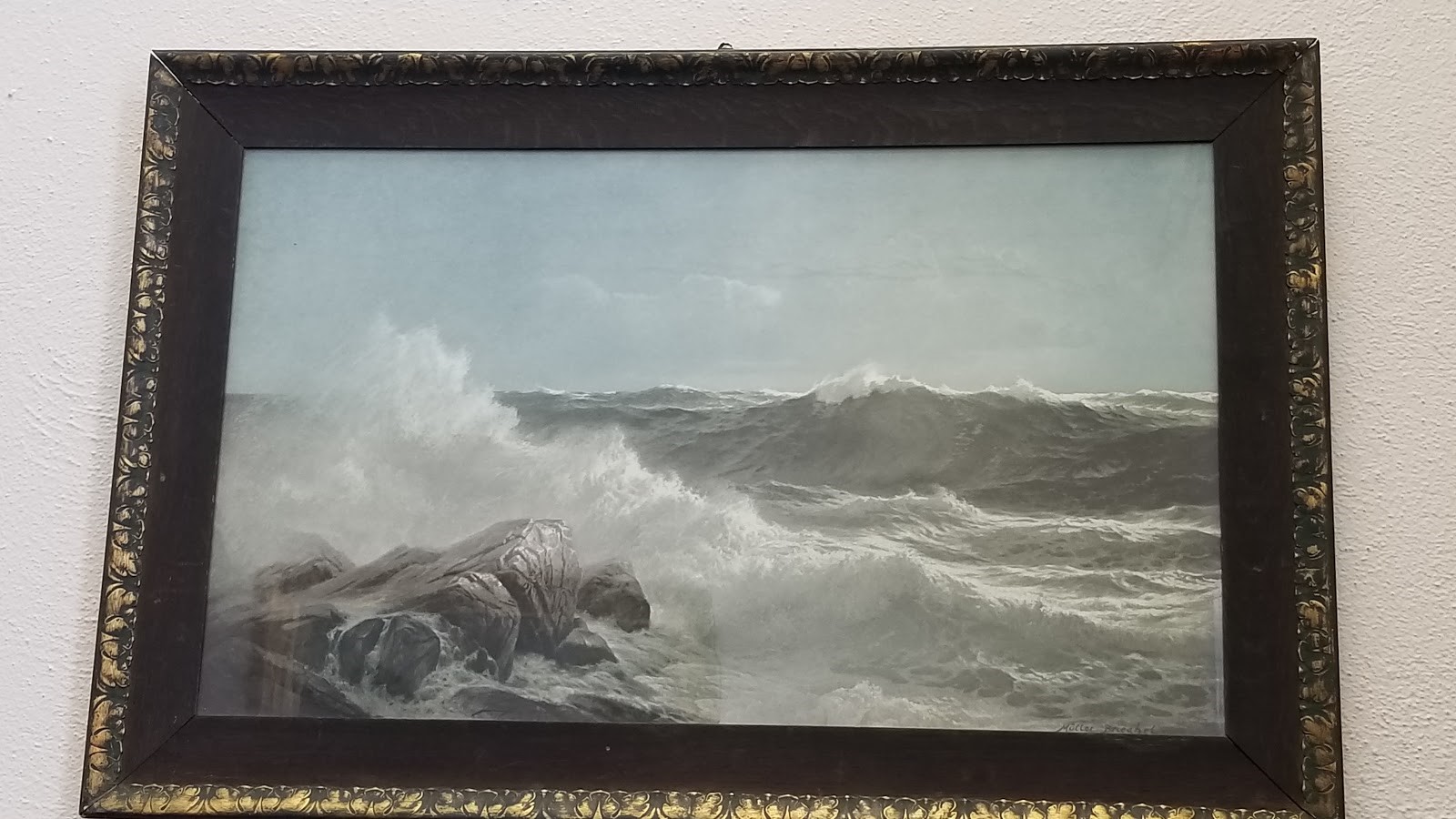 The library has a copy of the piece Young Hare (German: Feldhase) on the wall next to the elevator. It is a watercolour and bodycolour painting from 1502 by the German artist Albrecht Dürer. Born in 1471, Durer is known as one of the best painters in the German Renaissance. He did a professional self portrait when he was only 13 years old! 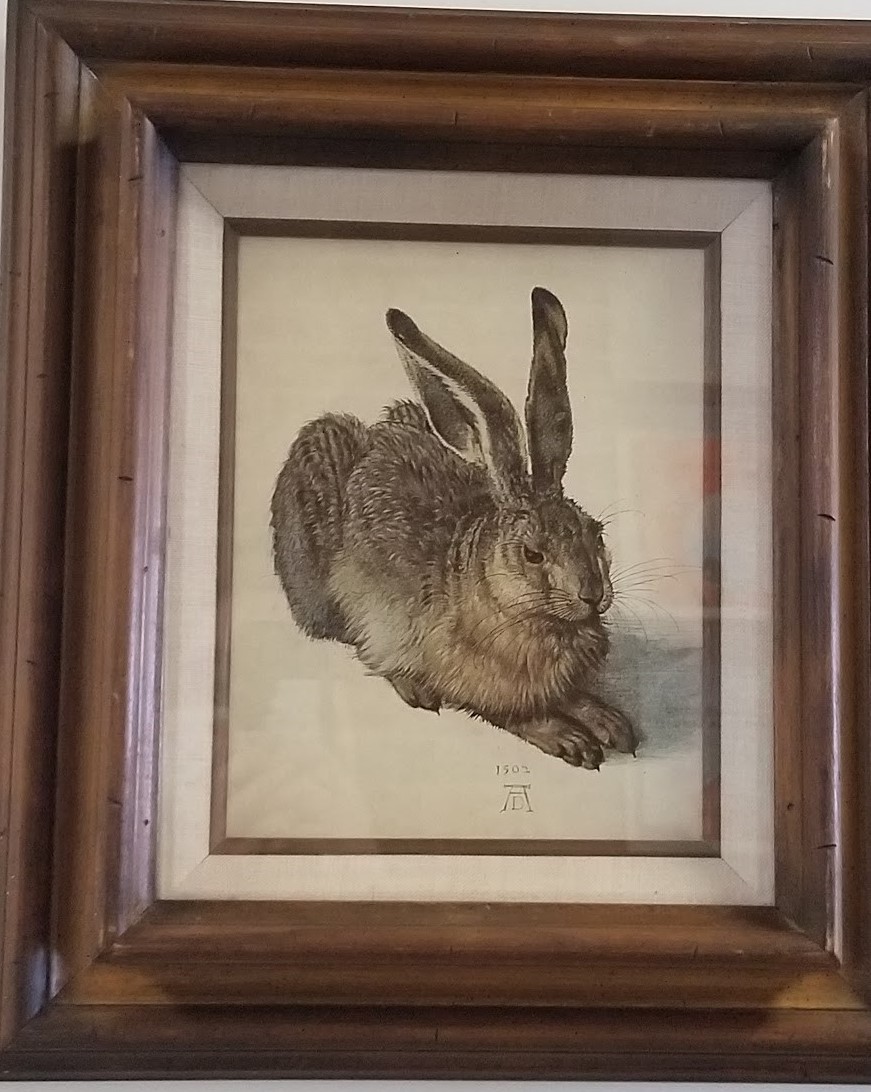 The collection includes an illustration of the heraldry for Southborough, England. (Read how it came to be) What would Southborough, MA’s heraldry look like? 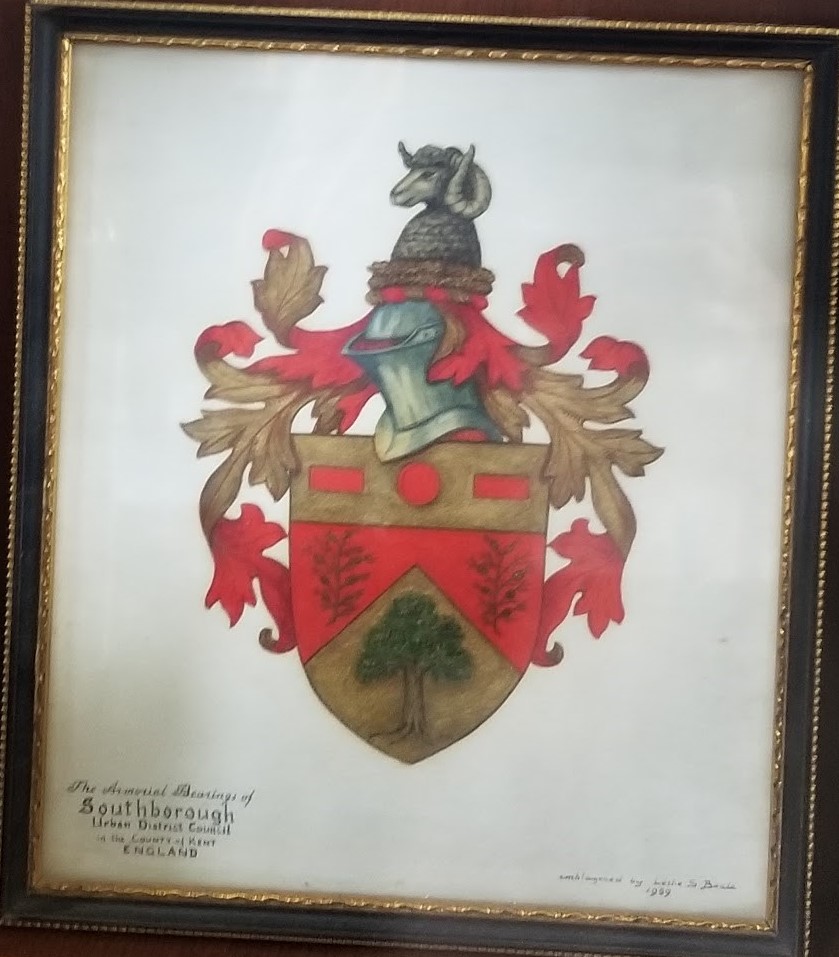 Colonel Francis B Fay donated $5000 dollars to open the library in 1852. Fay gave the stipulation the library’s main purpose should be for the local youth who could enter for free. He directed that collections should be objective, informational materials, to provide “youth with the means to qualify themselves to be intelligent, useful and moral citizens." Read more about Southborough's History here. 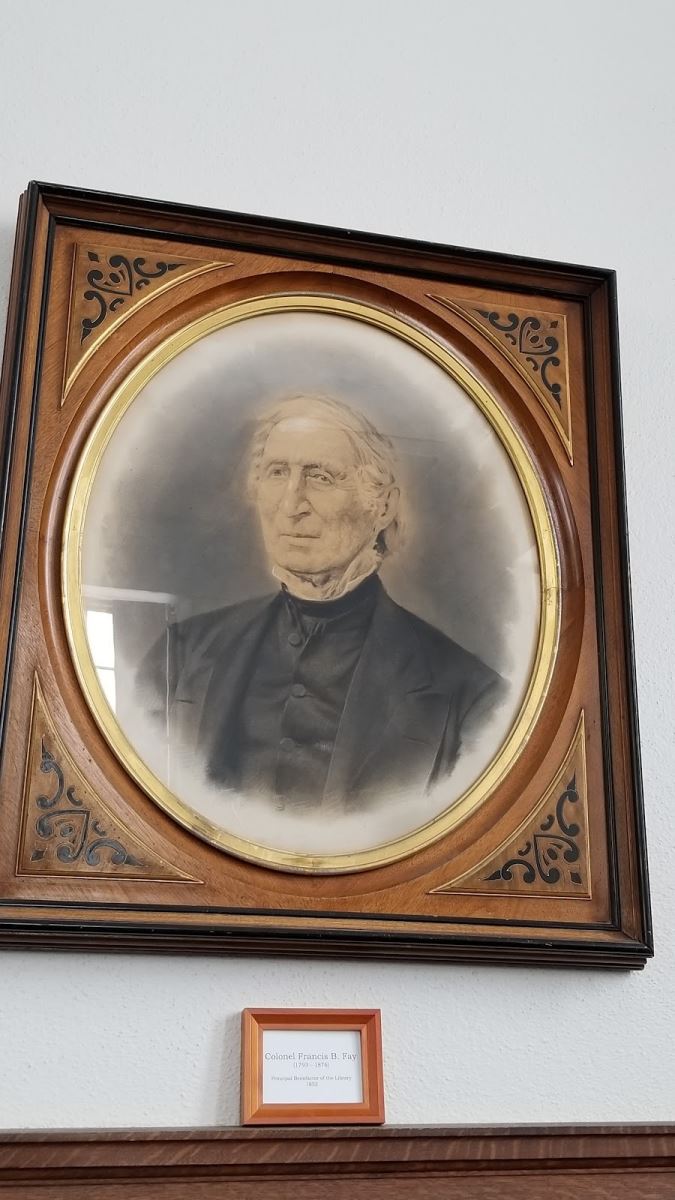 Items From Our Past

The collection includes a Hammond typewriter which is one of the earlier designs of a typewriter, developed around 1884. The library’s historical collection also has a flier with instructions and care for a Royal Model 10 typewriter a more modern design than the Hammond typewriter. Learn more about the history of typewriters with books like these available in CWMARS. 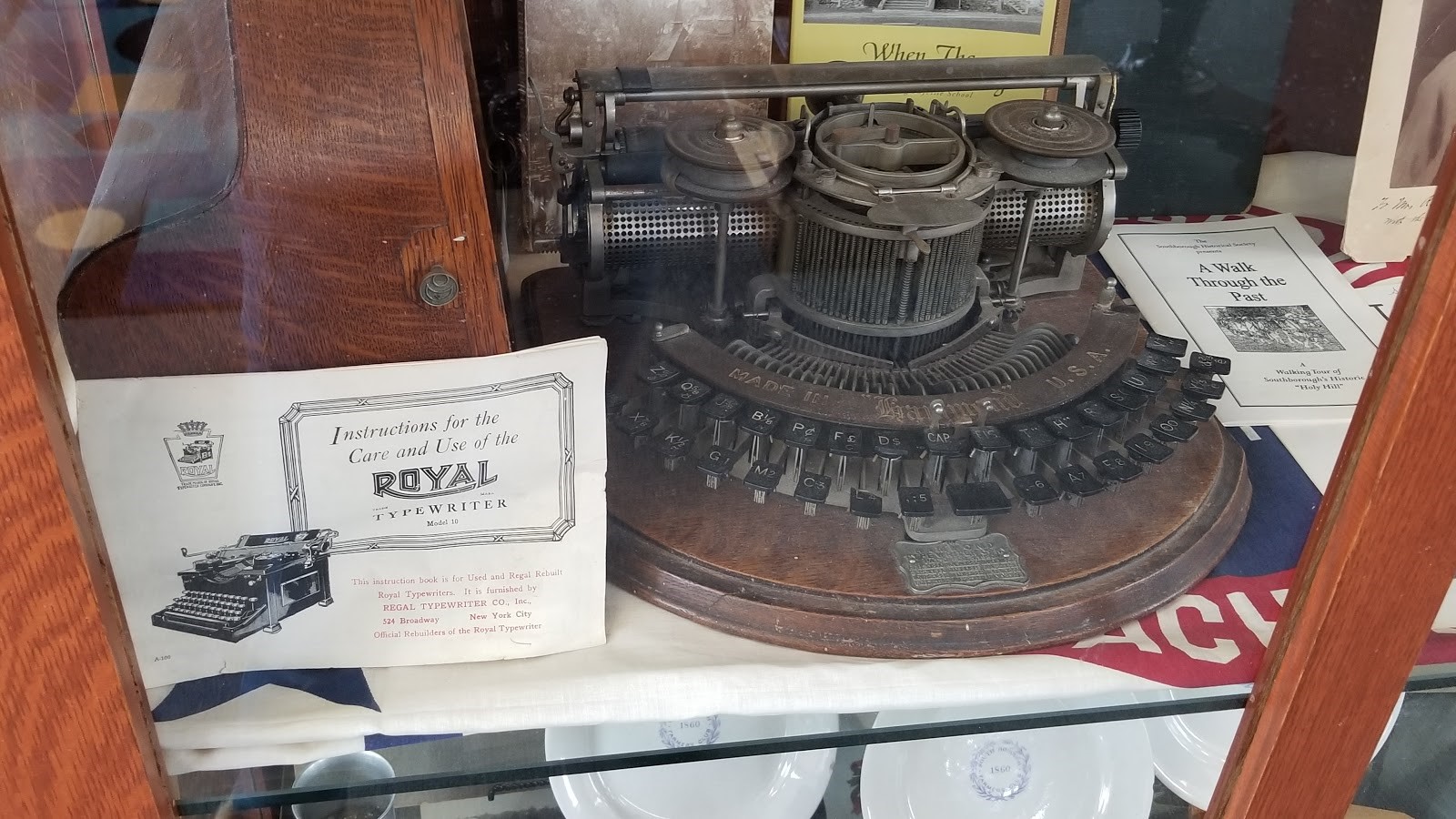 The sword in the display case is inscribed with “Bailey: Feeit N York.” The sword was therefor probably made by John Bailey the metalworker who made George Washington’s sword! After Bailey moved from England he ran a sword shop in New York from 1755 until 1778. The sword in our collection has his signature design on the pommel with the lion’s head. Check out the national archives for some letters between Washington and Bailey. 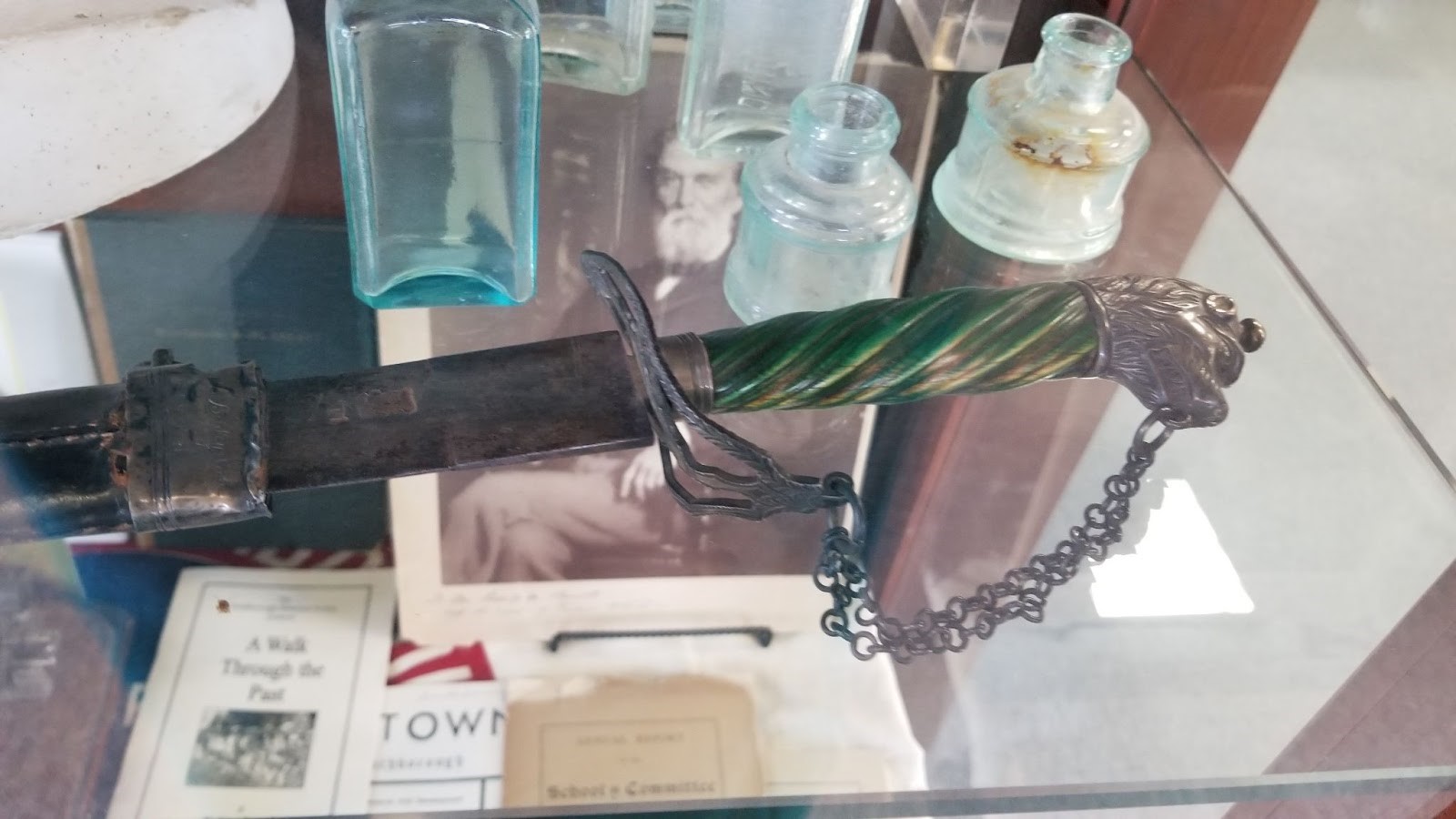 The library has a Herschede grandfather clock. Check out this old catalog of Herschede clocks! Do you agree ours is no. 406? 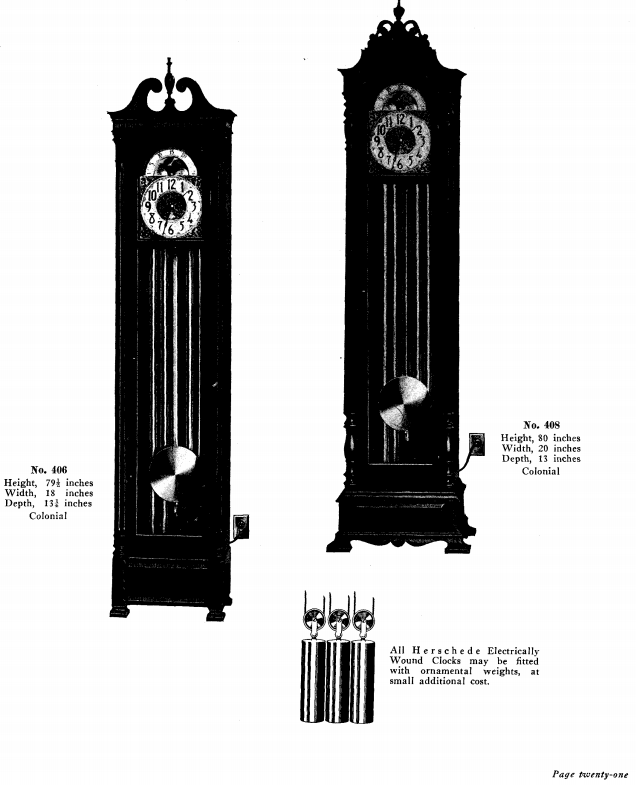 The note on this photo of Joseph Burnett (adressed to Mrs. Robert M. Burnett) mentions the regards of Frederic Vinton. Vinton was an impressionist artist who focused on landscapes and portraits. More examples of his work are available to view on the Boston MFA’s website. 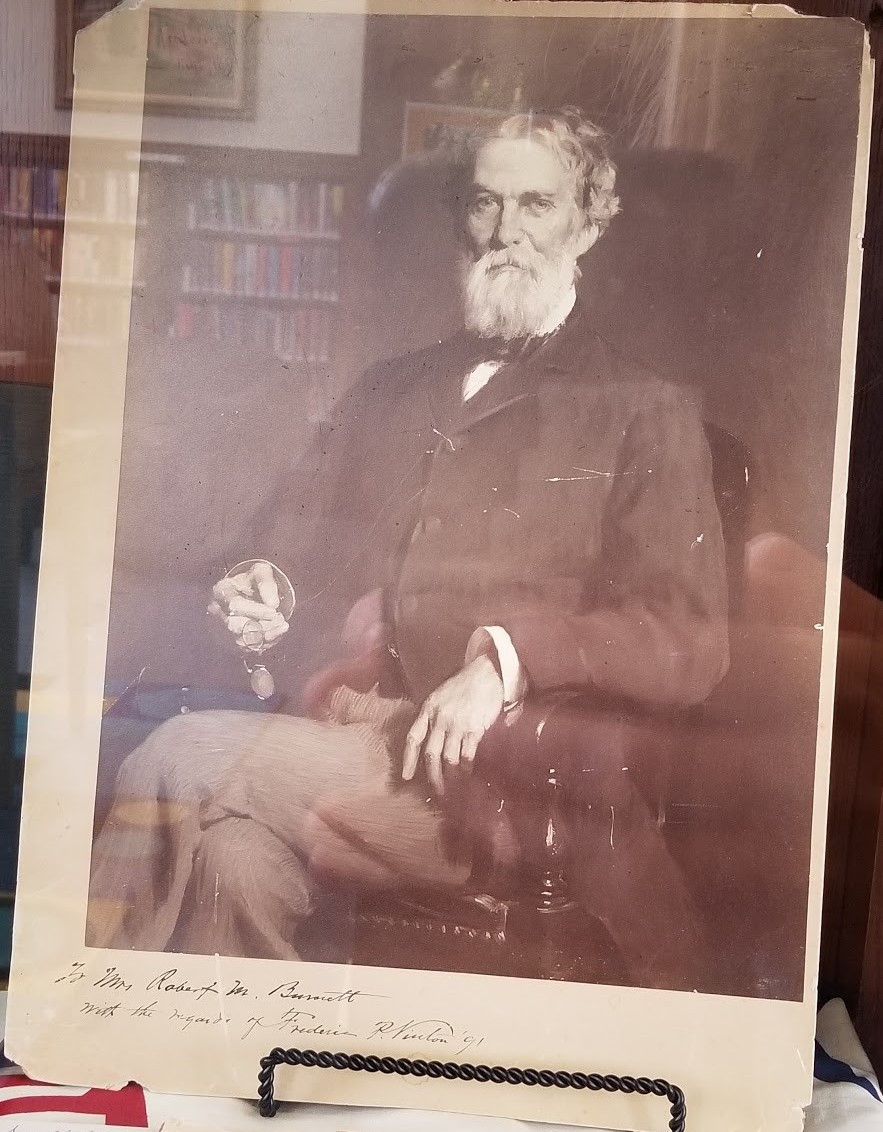 Mrs. Robert Burnett also contributed to the Southborough recipe book we have here in the archive section of the library! Below is an example of one of the three recipes she submitted, “A Cuban Dessert”. She notes it’s “Very rich but delicious” (47)! 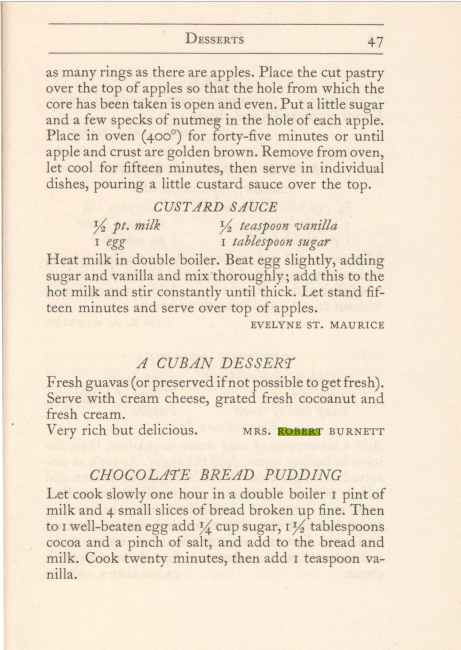 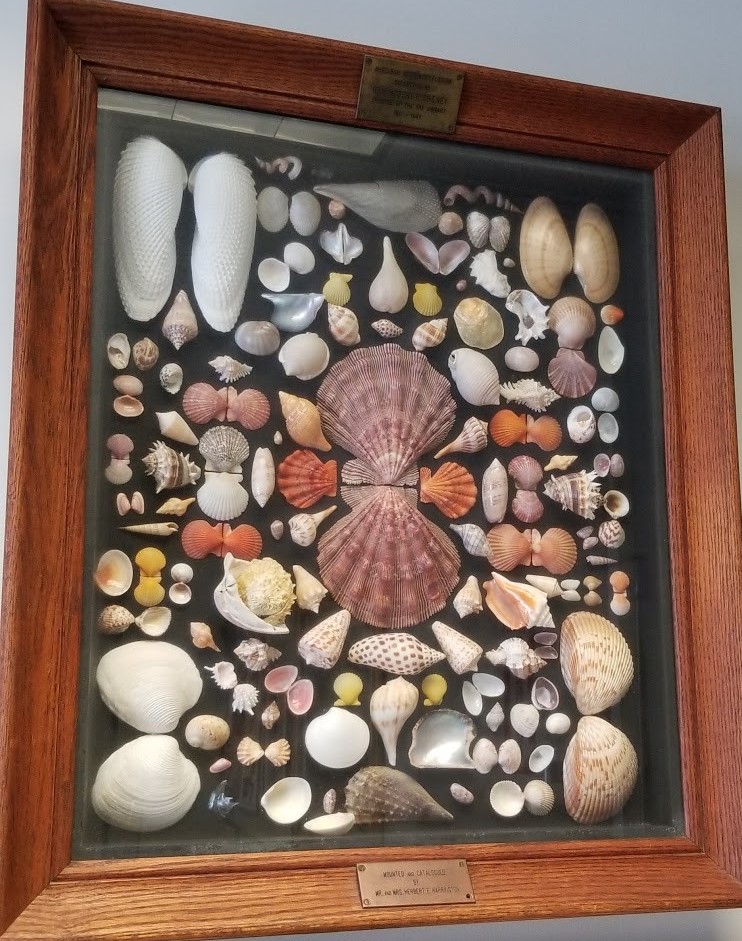 Did you know there are shells called “Rose Petal”, “Shark’s Eye”, and “Bleeding Tooth”? Well those and 64 more are available to view on the wall at the top of the staircase. Some resources to learn more about ocean life available at the library are listed here:

Shells: Discover the World of Shells and Shelled Animals in Close-Up -- Their Habitats, Behavior, and Natural History by Alex Arthur
Shells (Crafts using shells) by Mary Maguire
Shells by Philippe Bouchet
Shells: The Visual Guide to More than 500 Species of Seashells From Around the World   by S. Peter Dance 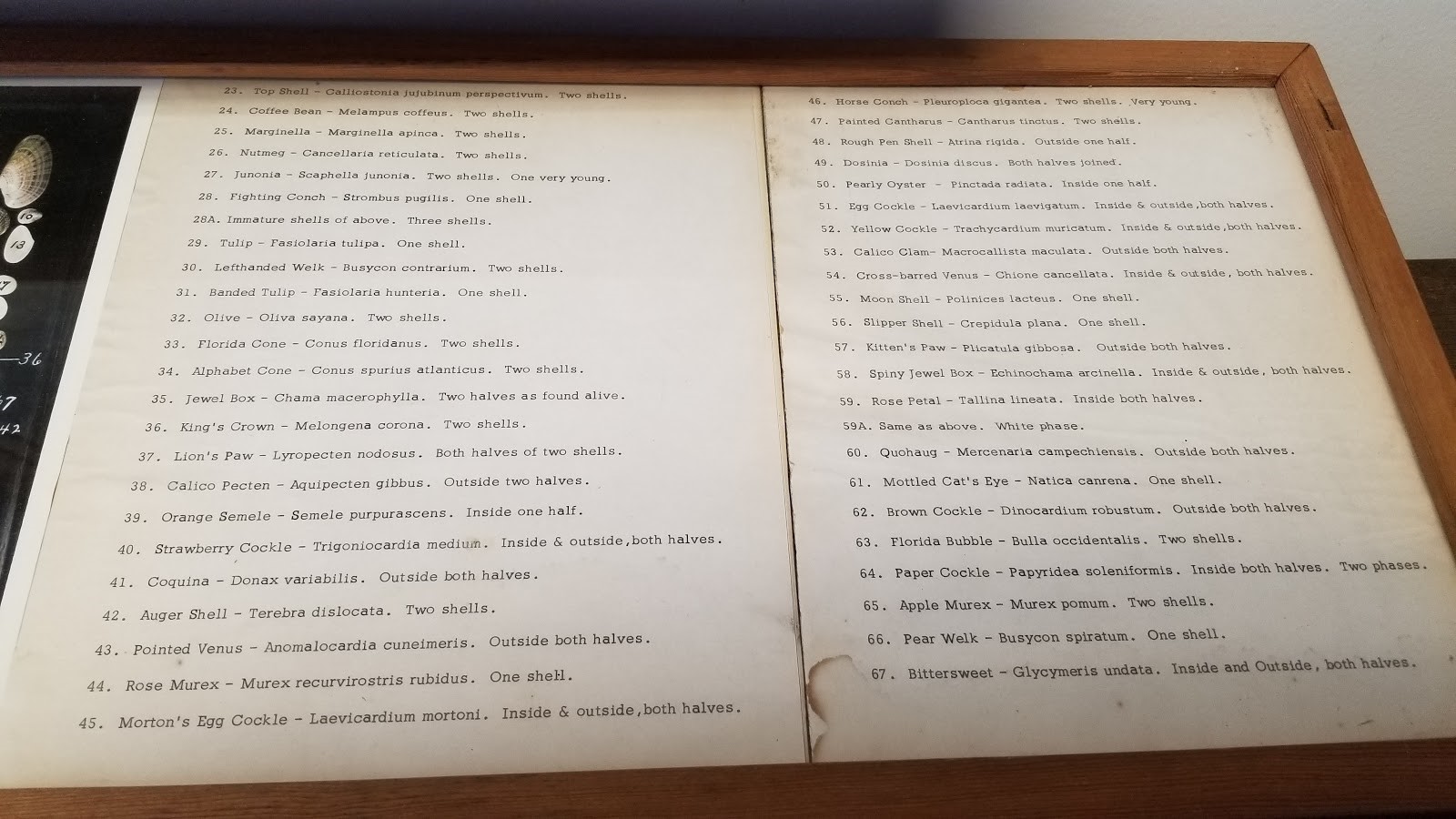 There are 6 Rand McNally maps on the walls surrounding the circulation desk. William Rand opened his map printing shop all the way back in 1856. For more resources and maps printing check out the BPL’s libguide and Levanthal collection and books in our collection like A History of the World in Twelve Maps by Jerry Brotton and Maps of Early Massachusetts by Lincoln Dexter 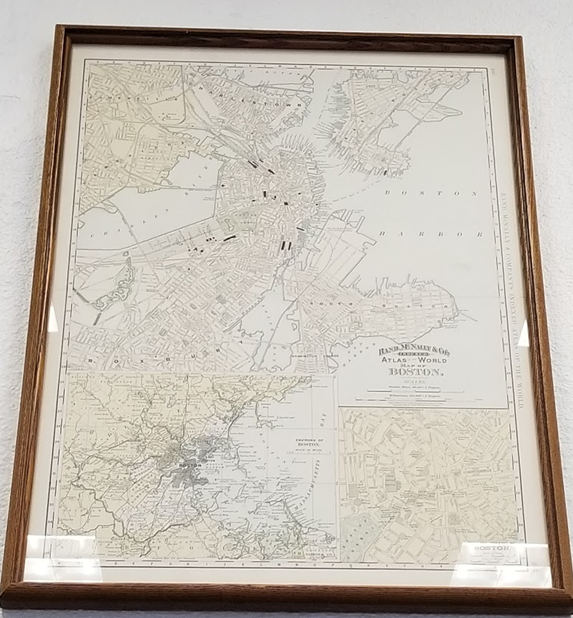